This year, we are introducing Digital Workplace Updates. Those will be bitesize videos in which we introduce new tools and features for the digital workplace, Office 365, Azure and SharePoint. We will start with OneDrive for Business Files Restore.

May 2017, the day that the WannaCry cyberattack took place. The WannaCry ransomware cryptoworm affected more than 300,000 computers by encrypting data and demanding ransom. There are also other causes that get files deleted or corrupted and when that happens, it is nice to be able to undo it. For a couple of years now, there has been the possibility to put deleted files back in OneDrive and SharePoint. A file can be put back in 93 days (3 months).
To put back large quantities of files in OneDrive, you now have to put back the whole OneDrive environment. This causes files that were added later to get lost between the back-up moment and the occurrence (i.e. malware incident).
When versioning is turned on, it is possible to put an earlier version back. However, when you have to do this for thousands of files, it will not be any fun. OneDrive for Business Files Restore can be seen as an extension to the versioning functionality which we already know in SharePoint and OneDrive for Business.

To get it to work, it is important not to turn version history off, or else the feature does not work.
File Restore brings Self Service Recovery, of the past 30 days, where a set of a certain number of transactions can be reversed. Think of all delete and update actions on a certain day. You can get a first impression of what this would look like in the user interface in the video.
This new Office 365 feature will start rolling out at the end of January in 2018 and all clients will have this functionality Mid-February.
Later this year, this functionality will be available for SharePoint Lists and Document Libraries. 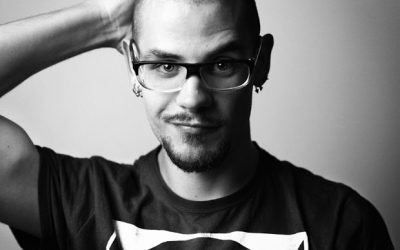 Can you keep up?

Can you keep up?0 Comments In a time where 'change is the only constant' and we keep struggling to keep up with the “next big thing in technology”, it can be hard to keep track. Understanding the continuously changing corresponding jargon can be a challenge, even... 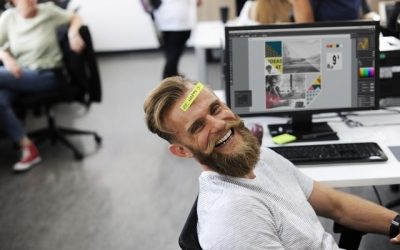 How to be productive with Microsoft Teams

How to be productive with Microsoft Teams0 Comments It has been here since the beginning of this year: Microsoft Teams. Suddenly, it is a lot easier to work together while being on different geographical locations, within your own safe, digital business environment.... 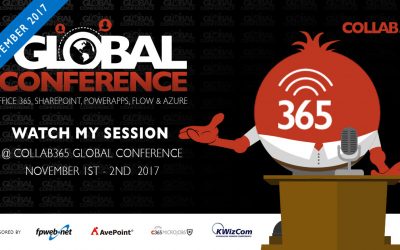 Building Digital Workplaces using Office 365 Content Services0 Comments Have you heard about the virtual Collab365 Global Conference 2017 that’s streaming online November 1st – 2nd? Join me and 120 other speakers from around the world who will be bringing you the very...

2521 CA The Hague, The Netherlands